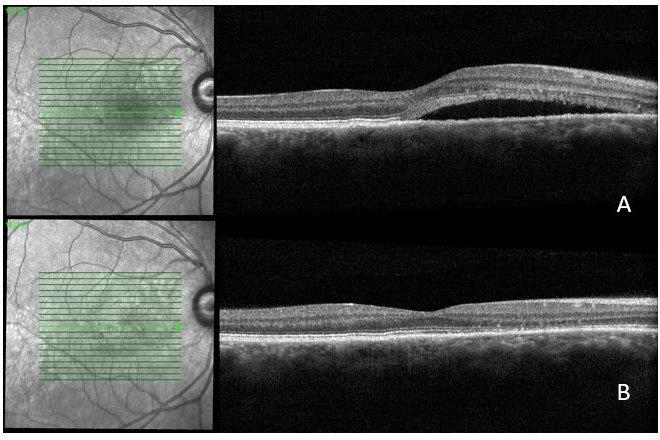 Fig 1. OCT findings of the right macula in case 1 at presentation (A) and following argon laser therapy (B)

Despite being a common disorder, our understanding of CSCR remains limited. There are no proven preventative measures available, apart from steroid avoidance and stress reduction. Eplerenone was suggested as a systemic treatment for CSCR, but a recent randomised controlled trial showed no beneficial effect¹. There is also significant variability in ophthalmology practice patterns and access to treatment, with argon laser, micropulse laser and photodynamic therapy (PDT) with verteporfin (Visudyne) also used to treat the condition. Here I present some CSCR cases to illustrate how this condition can be safely and successfully treated.

A 40-year-old man with recurrent CSCR in his right eye. He had half-fluence PDT in 2017 to the right nasal macula. In 2020 he noticed a change in his vision in the right eye. Examination and optical coherence tomography (OCT) showed a recurrence of the nasal subretinal fluid (Fig 1A), and a repeat fluorescein angiogram showed a hot spot superonasally (Fig 2) among an area of staining from previous PDT. 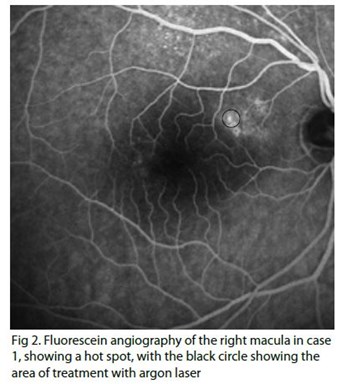 As the hot spot is away from the fovea, a gentle treatment with argon laser was performed (seven shots at 120mW, 10ms and 100μm). The subretinal fluid has completely resolved on his two-month follow up appointment (Fig 1B). 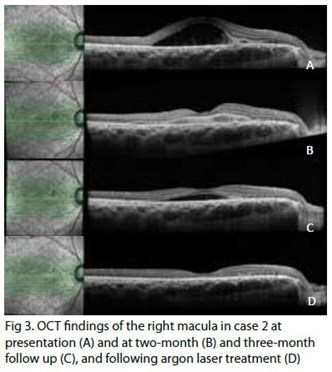 A 36-year-old man with vision loss in his right eye. His acuity was recorded at 6/21 right and 6/6 left. Examination and OCT showed significant subretinal fluid in the right eye (Fig 3A), an area of fibrinous changes nasally and an associated pigment epithelium detachment. OCT angiography did not show any macula neovascular membrane. Over a four-month period of observation, the subretinal fluid decreased, but did not disappear (Fig 3B and C). A fluorescein angiogram confirmed ongoing leakage at the right nasal macula (Fig 4). 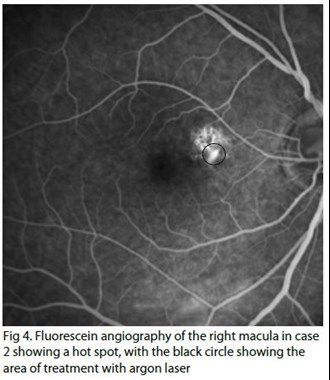 A gentle treatment with argon laser was performed (100mW, 10ms and 100µm). Six weeks after the laser therapy (Fig 3D), the condition has completely resolved, with a visual acuity of 6/9 in the right eye.

A 65-year-old man who’d noticed vision disturbance in his right eye for the past three months. Previously he had left CSCR which resolved after a prolonged period of observation. His acuity was 6/7.5 right and 6/6 left. Reviewing his previous imaging, there was choroidal thickening which gradually resulted in an enlarging pigment epithelium detachment (PED) in an area of the right macula with mild drusen. The large PED subsequently developed a microbreak with mild deflation, and surrounding fibrin and subretinal fluid when he became symptomatic (Fig 5). 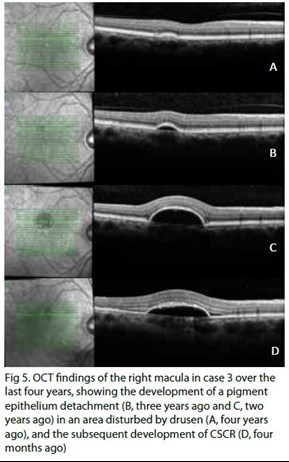 Although there was an improvement in the amount of subretinal fluid three months after his right eye became symptomatic, there was still significant fibrin on the OCT imaging and a fluorescein angiogram showed an ongoing leak. Half-fluence PDT therapy was performed without any complications. 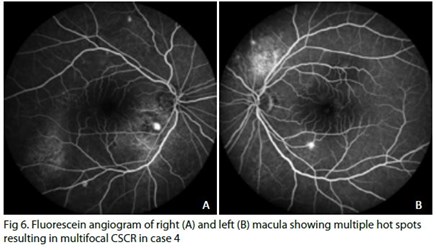 A 49-year-old man with bilateral multifocal CSCR. He had received a renal transplant and was on systemic steroid therapy. His visual acuity was 6/12 right and 6/6 left. He had significant subretinal fluid in both eyes on presentation and his fluorescein angiogram showed two hot spots treatable with argon laser (Fig 6). This was performed without any problems but the subretinal fluid worsened despite treatment. A repeat fluorescein angiogram showed ongoing hot spots in both eyes, and bilateral half-fluence PDT was performed. This has led to a substantial improvement of the subretinal fluid for three months (Figs 7 and 8). 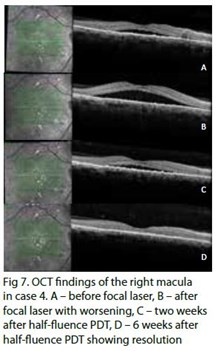 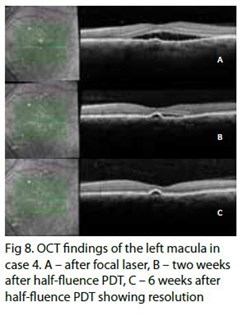 PDT (either half fluence or half dose) with Visudyne remains the gold standard for the treatment of CSCR, but access to PDT can be difficult³,⁴. PDT is not routinely funded in the public sector in New Zealand and Visudyne is not funded by many of the major private insurance companies, a problem compounded by intermittent supply issues with Visudyne limiting our ability to provide prompt treatment. For those patients with CSCR with extrafoveal leaks, direct photocoagulation with gentle argon laser remains a safe and effective option5 in the meantime. Early consultation with a medical retina specialist and prompt treatment of patients with CSCR of more than three-months duration is valuable to preserve vision and macula architecture. 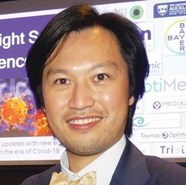 Dr Leo Sheck specialises in medical retina, genetic eye disease, electrodiagnostics for complex retina and optic nerve diseases and cataract surgery, especially with co-existing retinal diseases. He consults for ADHB and Retina Specialists and is chair of the NZ Save Sight Society. 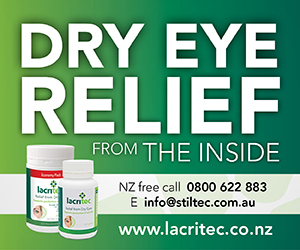 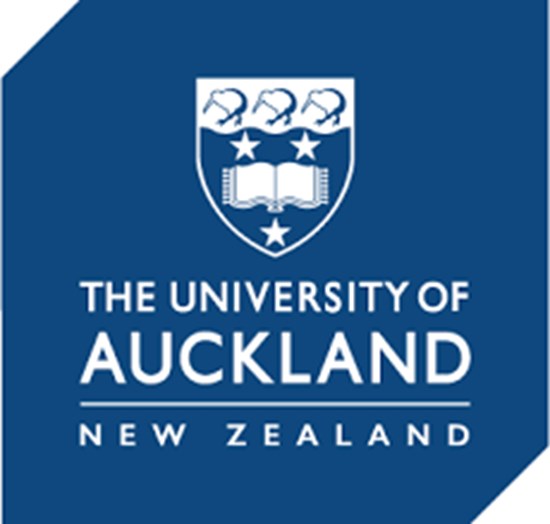